NOTE: This is a high-speed video replayed in slow motion. The elapsed times on the video are marking points for the slow motion replay. Five seconds in this video equate to 100 milliseconds in real time (an eye blink lasts 400 milliseconds).

1-Second Mark
The torso is held in the seat by properly tightened belts. Helmets are properly fastened.

2-Second Mark
The torso begins to move forward due to belt elongation and compression of the dummy.

3-Second Mark
(Top) The unrestrained head begins to pitch forward. The elongation of the belts allows the dummy’s torso to slide further forward in the seat.
(Bottom) The friction rubber on the legs of the HANS has engaged the belts to straighten and load the tethers, enabling the helmet and head to move with the torso. The HANS keeps the head and helmet in normal relationship to the torso despite the elongation of the belts.

4-Second Mark
(Top) The neck loading increases as the unrestrained head reaches maximum excursion, increasing tension in the neck beyond the threshold for serious or fatal injury.
(Bottom) The HANS continues to be held in place by the friction rubber on the legs during the forward movement of the torso. The tethers straighten fully and remain substantially horizontal, keeping the head in normal relationship to the torso. 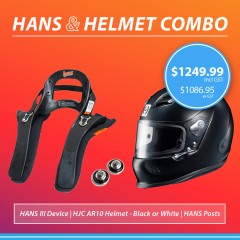 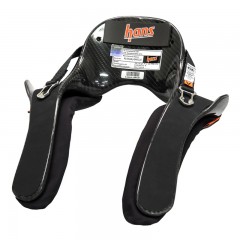 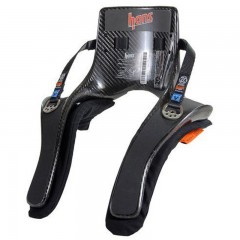 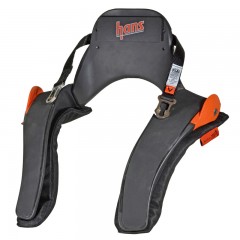 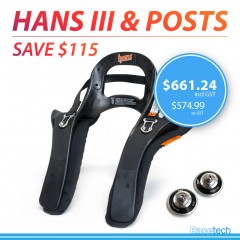 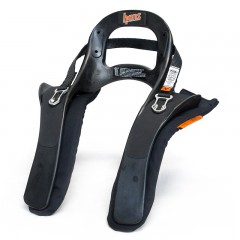 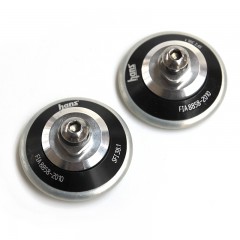 HANS Posts
HANS Professional collar posts for attaching the tethers to your helmet. As supplied with ..
$115.00
Ex Tax: $100.00
Add to Compare
Add to Wish List 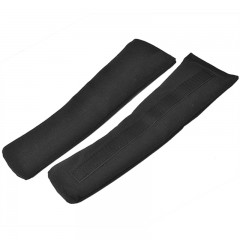 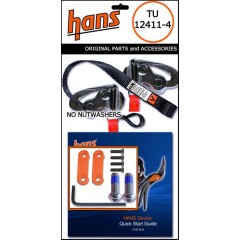 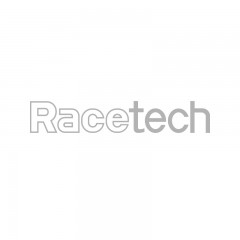 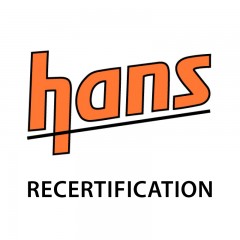 SFI HANS Device Recert
Please note: We do not recertify Hybrid, Necksgen or DefNder devices. If your HANS device i..
From $34.50
Add to Wish List
Showing 1 to 15 of 15 (1 Pages)